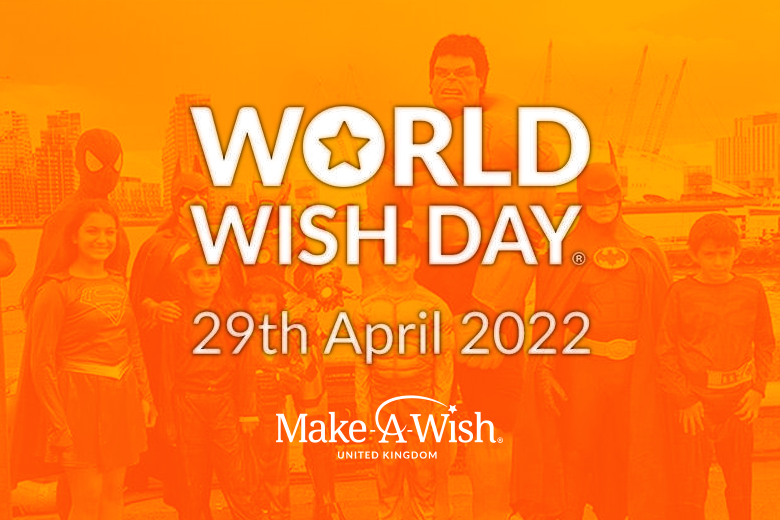 29 April is World Wish Day 2022. Ahead of the big day, we sat down with Imogen from Make-A-Wish UK to hear all about the work the charity does and how you can get involved.

If you’d like to support Make-A-Wish UK, you can do that right now via the Toucan app.

My role at Make-A-Wish UK is in our Mass Fundraising Team. We look after lots of our wonderful supporters, sharing how they can get involved in supporting Make-A-Wish, whether that be through giving a regular gift, or by taking part in one of our events for example. Our team helps our supporters to raise money to help us to grant the wishes of critically ill children.

What sort of work does the Make-A-Wish UK do?

When a child is diagnosed with a life-limiting or life-threatening condition, the joy of childhood is brought to an abrupt end with treatment plans, appointments and worry taking over. Make-A-Wish UK is part of a global movement to create life-changing wishes that bring light and joy to children and their loved ones, leaving a profound and lasting impact on all their lives.   Critically ill children are empowered to choose a wish that’s unique to them, when so much has been decided for them. A wish creates hope, happiness and memories for the family to cherish.

And where are they based and where do they do most of their work?

Make-A-Wish UK has a hub in Reading, but our staff and supporters are based across the UK. We grant wishes for critically ill children across England, Scotland, Wales and Northern Ireland.

What sort of things do you use donations for? Can you give any specific examples?

We use volunteers as much as we can, and try to source items and services for free as much as possible. But, with the average wish costing around £2500, we do still have to spend money to grant wishes.

Could you tell us about a few of the wishes you’ve granted?

Ryan Scutt, who was diagnosed with a grade 3 tumour on his 15th birthday, watched fishing videos and tutorials to get him through a year of gruelling treatment. According to his Mum, Hayley, the thought of getting back to the lake was the motivation he needed to keep going. For his wish, Ryan chose a fishing bivvy which would allow him to go fishing in all weathers.  Thanks to donations, we were able to purchase his chosen bivvy and deliver it directly to Ryan’s house shortly after he finished treatment.

“Now he can fish whenever he wants!” said Hayley. “He never has to be away from his favourite place again. It’s like he gets his wish granted all over again every time he uses it.” 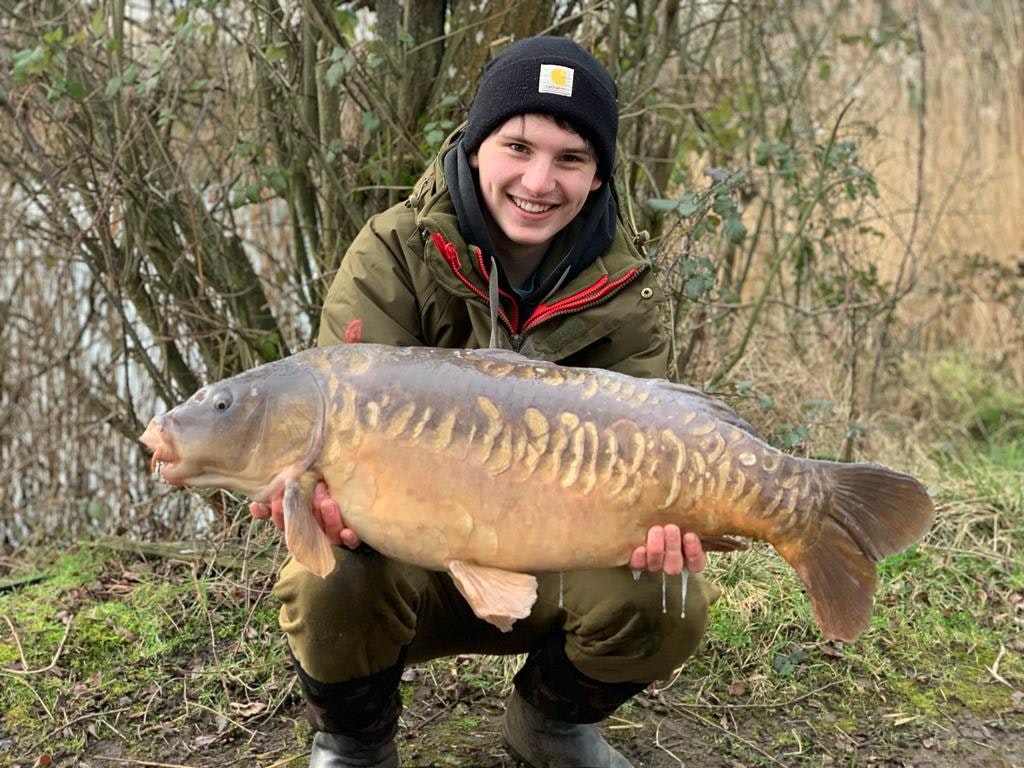 There was also Aaron. In April 2020, just after the UK went into lockdown, Aaron, from Buckley in Flintshire, was diagnosed with a rare brain tumour.

Aaron spent 10 weeks in hospital. After six and a half weeks of radiotherapy, he was finally well enough to start school. But, sadly, Aaron's scan in June last year showed the cancer had come back. Soon after, it was confirmed it had spread and he now has just a 5% chance of survival.

In January, Aaron was referred to us. His wish was to have a cabin bed at home to help him "reach for the stars" - and in March, the day after he came home from hospital, his wish came true!

He was led upstairs, told to close his eyes, and when he opened them, there was his white wooden cabin bed next to the constellation wallpaper in his bedroom! Underneath it was a bean bag, cushions, toys and balloons – a safe, fun place for him to explore and snuggle up in whenever he can.

His Mum said his face was beaming when he saw it. “I don't think he could really believe it. He spends so much time in uncomfortable hospital beds, so now he's got something to look forward to when he comes home – a big bed up in the stars that's just for him. It's going to give him the willpower to get through treatment and come home to his lovely bed.

“To take a little bit of pain away from a child that’s going through so much just means everything to us as a family. We just want to make sure that our son's as happy as he can be when we're at home or when we're in hospital. It doesn't matter, you know, we just try and make every day count." 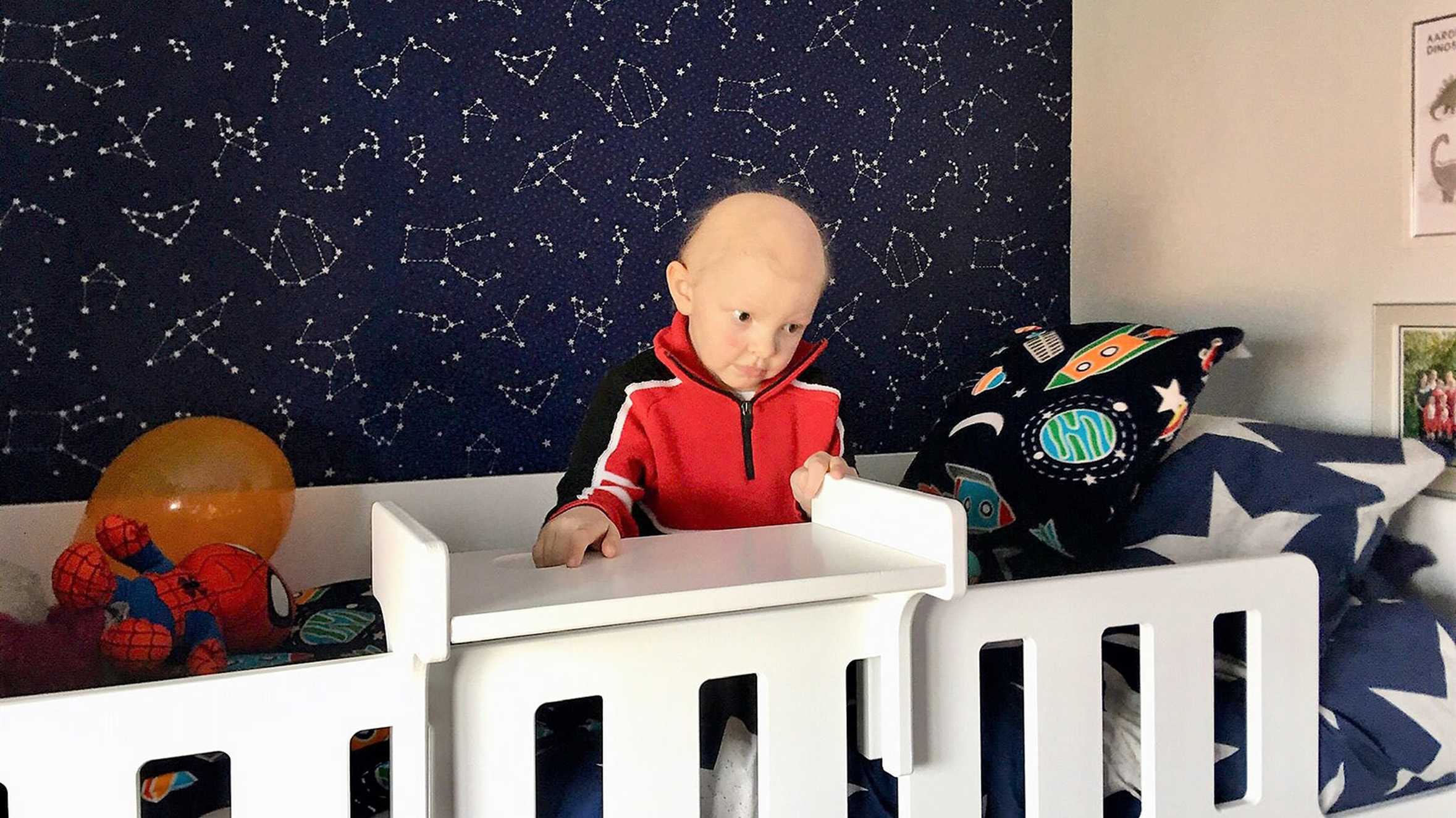 There was Eloise, too. After being born with a cleft palate, Eloise was diagnosed with DiGeorge syndrome, a genetic condition, which can also involve heart problems and learning difficulties. When she was just weeks old, Eloise was transferred to a hospice for end-of-life care, but she improved.

They sought a second opinion and Eloise was accepted for her first open heart surgery. She was given a 50/50 chance of survival but Eloise pulled through and she’s since had two further open-heart surgeries, a thoracotomy, surgery on her cleft lip, and many more cardiac catheters. Her condition means there’s no fix and more operations are scheduled.

Fast forward a few years and Eloise has attended mainstream and specialist schools and made friends - and those very friends all attended her Mr Men themed party, organised by her Wishgranter Amy and Make-A-Wish volunteer Natalie in January this year. She was thrilled.

Her mum told us:“All her school friends and other friends danced or bounced the afternoon away. When the lady came in with the cake, I recognised her locally and then knew Eloise was going to get the most special cake and that we did! Eloise absolutely loved it.

“We found some extra gifts from Make-A-Wish when we got home which was an added surprise and will be a special treasure from the day.” 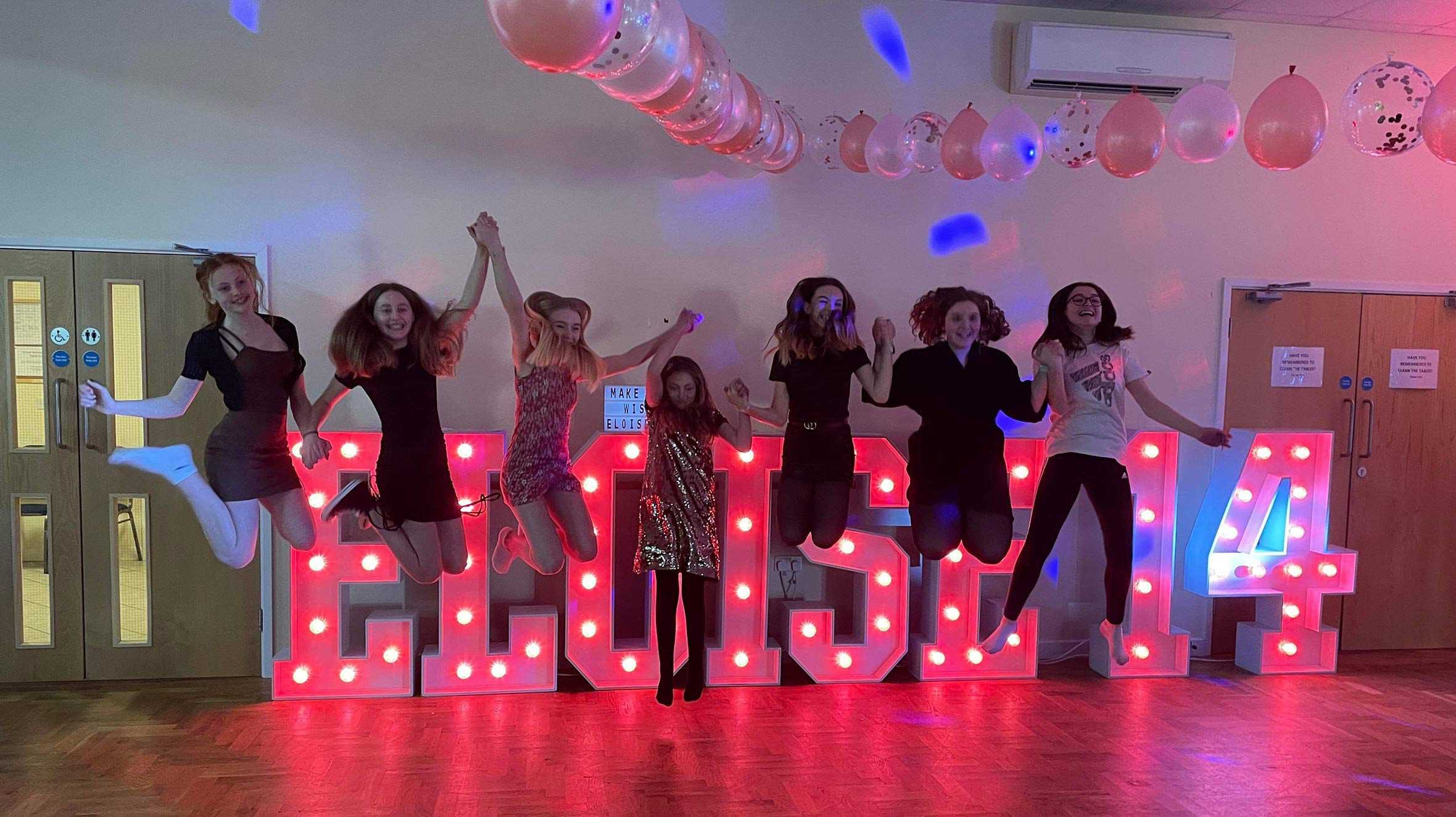 What have you worked on that you're most proud of?

We’re very proud of our World Wish Day campaign this year. We’re aiming to raise an incredible £1.25million which is enough to grant the wishes of all 503 children who are currently waiting for their wish to come true across the UK. It’s been a huge team effort to put the campaign together, and we’re featuring some of the children who are currently waiting for their wish, as well as children who have had their wish granted which has really shown how powerful a wish can be for a child and their family.

April 29th is World Wish day - can you tell us more about it?

In 1980, a seven-year-old boy called Chris Greicius was being treated for leukaemia in America. He dreamed of becoming a police officer one day, so members of Chris' local community rallied round to make his wish come true – just days before he died. Celebrated by Make-A-Wish affiliates around the world, World Wish Day commemorates that amazing act of kindness and community action which led to the Make-A-Wish Foundation.

How can people get involved and support World Wish Day?

This year, Make-A-Wish UK aims to raise £1.25million by World Wish Day. Currently, 503 children across the UK are living with a critical condition and waiting for their wish to come true. Some have been waiting for years, and some may not have long left. With each wish costing an average of £2500, £1.25million is the amount we need to “clear our Wish Map” and make each of these waiting wishes come true.

You can help us reach this goal by donating, signing up to fundraise, or by helping spread the word by sharing our stories on social media. Critically ill children and their families have been waiting long enough. Visit www.make-a-wish.org.uk/worldwishday to find out more.

Other than donating, what’s the one thing people can do to support the Make-A-Wish UK and its mission?

Volunteers play a vital role at Make-A-Wish UK. From having those first conversations with a Wish Family to determine the child's wish, right through to actually making that wish come true. Visit https://www.make-a-wish.org.uk/get-involved/volunteer/ for more information.

You can support World Wish Day with a one-off donation via our dedicated Spotlight Fund. You can also find Make-A-Wish UK in the Toucan app. 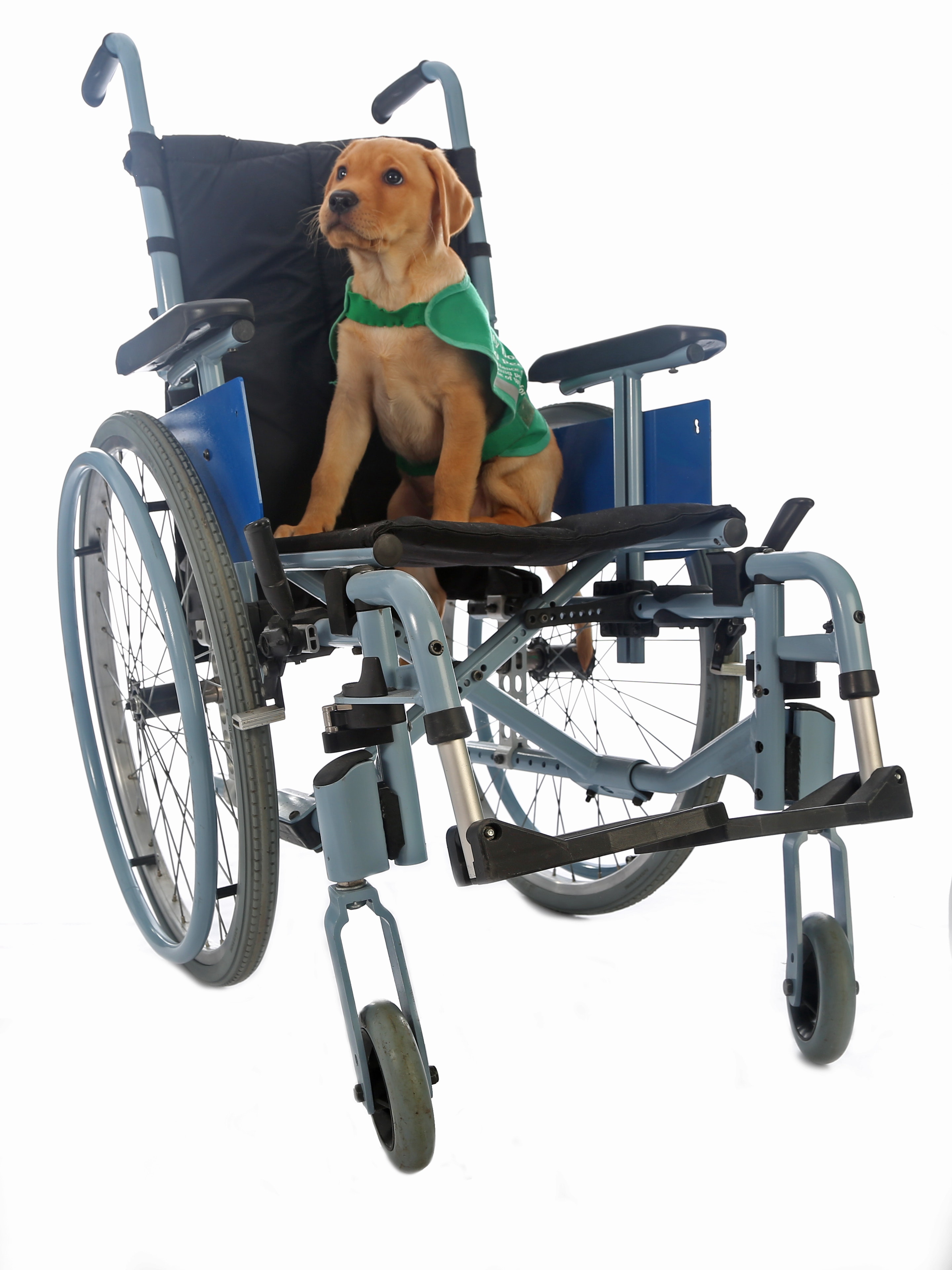 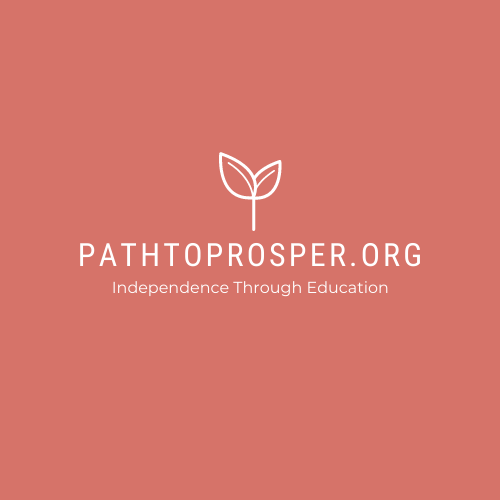 Meet the Charity: Path to Prosper